About Us > Company Profile 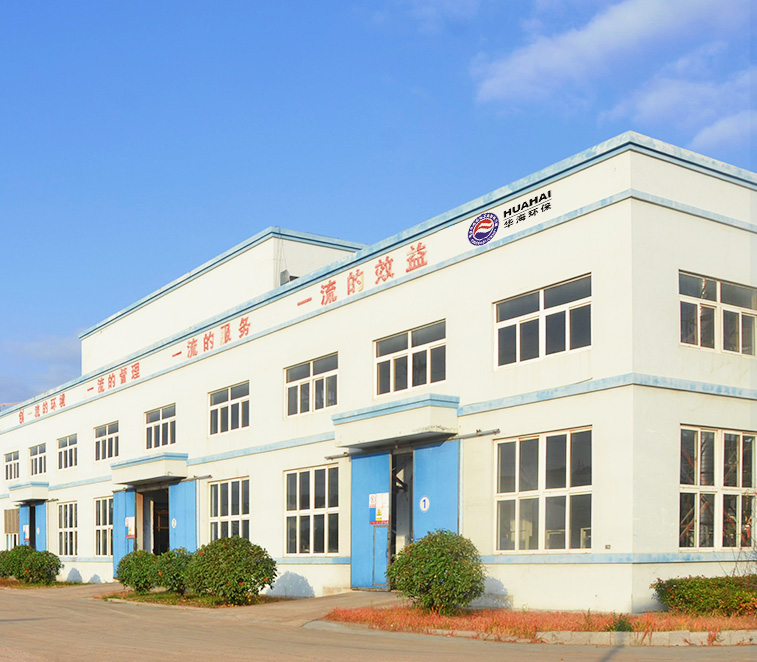 Qingdao Huahai Environmental Protection Industry Co., Ltd., which was restructured from the former state-owned No.7 Qingdao rubber products factory, was founded in 1975. The company covers an area of 93000 square meters, and has assets of 200 million yuan. Huahai has more than 400 employees, of which senior technical personnel account for about 20%. It is a professional manufacturer of rubber dam and oil spill recovery equipment, and is recognized as a National High-tech Enterprise, establishing Shandong Provincial Enterprise Technology Center.

Rubber dam and pneumatic spillway gate produced by Huahai has been well sold all over the world. Huahai has installed more than 6000 kinds of rubber dams and pneumatic spillway gate at home and abroad, including 23 provinces, 5 autonomous regions and 4 municipalities directly under the central government, as well as the United States, Malaysia, Indonesia and other countries. Oil spill control equipment such as oil boom and oil skimmer are widely used in major ports and wharves in China, and export to South Korea, Australia and other countries and regions. Rubber sheet, rubber pad and various rubber products are exported to Japan, South Korea, Southeast Asia, Europe, the United States, Australia, the Middle East and other countries and regions.

Over the years, Huahai has always adhered to the sustainable development strategy, and constantly promoted the upgrading and improvement of the product line. In recent years, the company has continuously increased investment in scientific research, gathering the elites of enterprises in the technology R & D department. Each department has employed a number of professional talents, and has established long-term industry-academia-research cooperation relations with Institute of Hydrobiology, Chinese Academy of Sciences,  China University of Petroleum, Qingdao University of Science&Technology, Ocean University of China, Huazhong University of Science and Technology and other scientific research institutions and Universities, hiring a number of experts and professors as long-term technical consultants of the enterprise. Huahai always adheres to the business policy of "Quality First, Customer First", making friends with sincerity, treating customers with sincerity, and wholeheartedly provides customers with high-quality products and excellent services.

Huahai integrates design, production, installation and service. The "Huahai brand" oil boom series produced by Huahai is recognized as Qingdao famous brand products and exports to South Korea, Vietnam, India, Australia and other countries. Huahai has participated in the formulation of a number of industry standards of oil spill control series equipment, and has undertaken the key projects of the Ministry of Communications in the Seventh Five Year Plan. We are a member unit of the ship pollution prevention committee of the China Institute of Navigation and a record enterprise of the ship oil spill response reserve force under the jurisdiction of the Shandong maritime bureau. Huahai has been approved by the Yangtze River Maritime Bureau, Jiangsu maritime bureau and Shanghai Maritime Bureau. Moreover, the main equipment has been certified by China Classification Society.

In March 2001, Huahai's leading product - "Qinglan" rubber dam was recognized as "High-tech Product" by Qingdao Municipal Science and Technology Commission. In 2008, "Qinglan" rubber dam was rated as "Qingdao Famous Brand Product" by Qingdao Municipal Government, and "Qinglan brand" series products won the honorary title of "Shandong Famous Trademark" in 2007. Moreover, Huahai participated in the formulation of ‘rubber dam bag’ and other industry standards. Manufactured by Huahai, Xiaobudong rubber dam in Linyi City, Shandong Province, with a total length of 1120 meters, won the Guinness world record. The rubber dam and pneumatic spillway gate produced by Huahai are exported to the United States, Vietnam, Bangladesh, Indonesia, Malaysia, the Philippines, Iran and other countries, and obtained unanimous praise from our partners.